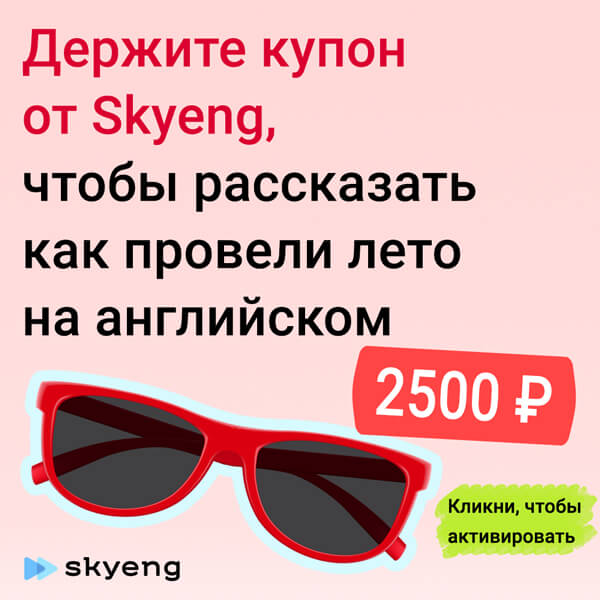 «One thousand dollars,» said the lawyer Tolman, in a severe and serious voice.  «And here is the money.”

«It’s such an unusual amount,» he explained, kindly, to the lawyer.  “If it had been ten thousand a man might celebrate with a lot of fireworks.  Even fifty dollars would have been less trouble.»

«You heard the reading of your uncle’s will after he died,» continued the lawyer Tolman.  «I do not know if you paid much attention to its details.  I must remind you of one.  You are required to provide us with a report of how you used this one thousand dollars as soon as you have spent it.  I trust that you will obey the wishes of your late uncle.»

«You may depend on it,» said the young man respectfully.

Gillian went to his club. He searched for a man he called Old Bryson.

Old Bryson was a calm, anti-social man, about forty years old.  He was in a corner reading a book.  When he saw Gillian coming near he took a noisy, deep breath, laid down his book and took off his glasses.

«I have a funny story to tell you,” said Gillian.

«I wish you would tell it to someone in the billiard room,» said Old Bryson. «You know how I hate your stories.»

«This is a better one than usual,» said Gillian, rolling a cigarette, and I’m glad to tell it to you. It’s too sad and funny to go with the rattling of billiard balls.

Old Bryson showed very little interest.  «I thought the late Septimus Gillian was worth something like half a million.»

«He was,» agreed Gillian, happily.  «And that’s where the joke comes in.  He has left a lot of his money to an organism. That is, part of it goes to the man who invents a new bacillus and the rest to establish a hospital for doing away with it again. There are one or two small, unimportant gifts on the side.  The butler and the housekeeper get a seal ring and ten dollars each.  His nephew gets one thousand dollars.»

«Were there any others mentioned in your uncle’s will?» asked Old Bryson.

«None.» said Gillian. “There is a Miss Hayden.  My uncle was responsible for her.  She lived in his house. She’s a quiet thing…musical… the daughter of somebody who was unlucky enough to be his friend.  I forgot to say that she was in on the ring and ten dollar joke, too. I wish I had been.  Then I could have had two bottles of wine, given the ring to the waiter and had the whole business off my hands. Now tell me what a man can do with a thousand dollars.»

Old Bryson rubbed his glasses and smiled. And when Old Bryson smiled, Gillian knew that he intended to be more offensive than ever.

There are many good things a man could do with a thousand dollars,” said Bryson. «You?» he said with a gentle laugh.  «Why, Bobby Gillian, there’s only one reasonable thing you could do. You can go and buy Miss Lotta Lauriere a diamond necklace with the money and then take yourself off to Idaho and inflict your presence upon a ranch. I advise a sheep ranch, as I have a particular dislike for sheep.”

«Thanks,» said Gillian as he rose from his chair. «I knew I could depend on you, Old Bryson. You’ve hit on the very idea. I wanted to spend the money on one thing, because I have to turn in a report for it, and I hate itemizing.”

Gillian phoned for a cab and said to the driver:  «The stage entrance of the Columbine Theatre.»

The theater was crowded.  Miss Lotta Lauriere was preparing for her performance when her assistant spoke the name of Mr. Gillian.

“It won’t take two minutes for me. What do you say to a little thing in the jewelry line?  I can spend one thousand dollars.»

“Say, Bobby,” said Miss Lauriere,  “Did you see that necklace Della Stacey had on the other night?  It cost two thousand two hundred dollars at Tiffany’s.”

Miss Lauriere was called to the stage for her performance.

Gillian slowly walked out to where his cab was waiting.  «What would you do with a thousand dollars if you had it?» he asked the driver.

«Open a drinking place,» said the driver, quickly. «I know a place I could take money in with both hands. I’ve got it worked out—if you were thinking of putting up the money.”

Eight blocks down Broadway, Gillian got out of the cab.  A blind man sat on the sidewalk selling pencils. Gillian went out and stood in front of him.

«Excuse me, but would you mind telling me what you would do if you had a thousand dollars?” asked Gillian.

The blind man took a small book from his coat pocket and held it out. Gillian opened it and saw that it was a bank deposit book.

It showed that the blind man had a balance of one thousand seven hundred eighty-five dollars in his bank account. Gillian returned the bank book and got back into the cab.

«I forgot something,» he said. «You may drive to the law offices of Tolman & Sharp.”

Lawyer Tolman looked at Gillian in a hostile and questioning way.

«I beg your pardon,» said Gillian, cheerfully.  «But was Miss Hayden left anything by my uncle’s will in addition to the ring and the ten dollars?»

“I thank you very much, Sir,» said Gillian, and went to his cab. He gave the driver the address of his late uncle’s home.

Miss Hayden was writing letters in the library.  The small, thin woman wore black clothes.  But you would have noticed her eyes.  Gillian entered the room as if the world were unimportant.

“I have just come from old Tolman’s,» he explained.  “They have been going over the papers down there.  They found a…”  Gillian searched his memory for a legal term.  “They found an amendment or a post-script or something to the will.  It seemed that my uncle had second thoughts and willed you a thousand dollars.  Tolman asked me to bring you the money.  Here it is.”

Gillian laid the money beside her hand on the desk.  Miss Hayden turned white. «Oh!» she said.  And again, «Oh!»

Gillian half turned and looked out the window.  In a low voice he said, «I suppose, of course, that you know I love you.»

«I am sorry,» said Miss Hayden, as she picked up her money.

«There is no use?» asked Gillian, almost light-heartedly.

«May I write a note?» asked Gillian, with a smile.  Miss Hayden supplied him with paper and pen, and then went back to her writing table.

Gillian wrote a report of how he spent the thousand dollars: “Paid by Robert Gillian, one thousand dollars on account of the eternal happiness, owed by Heaven to the best and dearest woman on earth.»

Gillian put the note into an envelope.  He bowed to Miss Hayden and left.

His cab stopped again at the offices of Tolman & Sharp.

“I have spent the one thousand dollars,» he said cheerfully, to Tolman.  «And I have come to present a report of it, as I agreed.” He threw a white envelope on the lawyer’s table.

Without touching the envelope, Mr. Tolman went to a door and called his partner, Sharp. Together they searched for something in a large safe.  They brought out a big envelope sealed with wax.  As they opened the envelope, they shook their heads together over its contents.  Then Tolman became the spokesman.

«Mr. Gillian,» he said, “there was an addition to your uncle’s will.  It was given to us privately, with instructions that it not be opened until you had provided us with a full report of your handling of the one thousand dollars received in the will.

“As you have satisfied the conditions, my partner and I have read the addition.  I will explain to you the spirit of its contents.

“In the event that your use of the one thousand dollars shows that you possess any of the qualifications that deserve reward, you stand to gain much more.  If your disposal of the money in question has been sensible, wise, or unselfish, it is in our power to give you bonds to the value of fifty thousand dollars.  But if you have used this money in a wasteful, foolish way as you have in the past, the fifty thousand dollars is to be paid to Miriam Hayden, ward of the late Mr. Gillian, without delay.

“Now, Mr. Gillian, Mr. Sharp and I will examine your report of the one thousand dollars.”

Mr. Tolman reached for the envelope. Gillian was a little quicker in taking it up.  He calmly tore the report and its cover into pieces and dropped them into his pocket.

«It’s all right,» he said, smilingly.  «There isn’t a bit of need to bother you with this.  I don’t suppose you would understand these itemized bets, anyway.  I lost the thousand dollars on the races. Good-day to you, gentlemen.»

Tolman and Sharp shook their heads mournfully at each other when Gillian left.  They heard him whistling happily in the hallway as he waited for the elevator.